THE DIPLOMAT tells the remarkable story of the life and legacy of Ambassador Richard Holbrooke, whose singular career spans fifty years of American foreign policy – from Vietnam to Afghanistan. 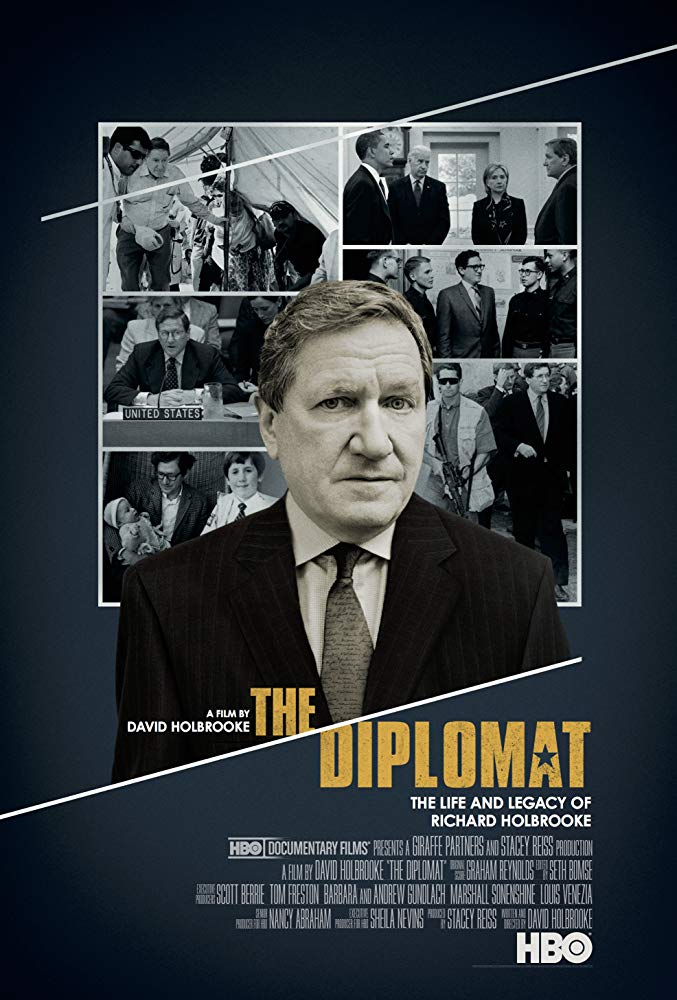 Told through the perspective of his eldest son David, the documentary takes you behind the scenes of high stakes diplomacy where peace is waged and wars are ended. As a young man, Holbrooke was sent to Vietnam as a junior foreign service officer and saw up close what went wrong. Thirty years later, he is tasked by President Clinton to bring another conflict to an end, this time in Europe where the Bosnian war is raging. This success earns him fame, but not his dream job of Secretary of State. Yet he continues on, getting an  impossible mission from President Obama of ending the war in Afghanistan. The effort does not go well, as Holbrooke runs into obstacles in Kabul and Washington and dies on the job in December 2010 of heart failure.