The Act of Killing

“I have not seen a film as powerful, surreal, and frightening in at least a decade. The Act of Killing is unprecedented in the history of cinema.” - Werner Herzog 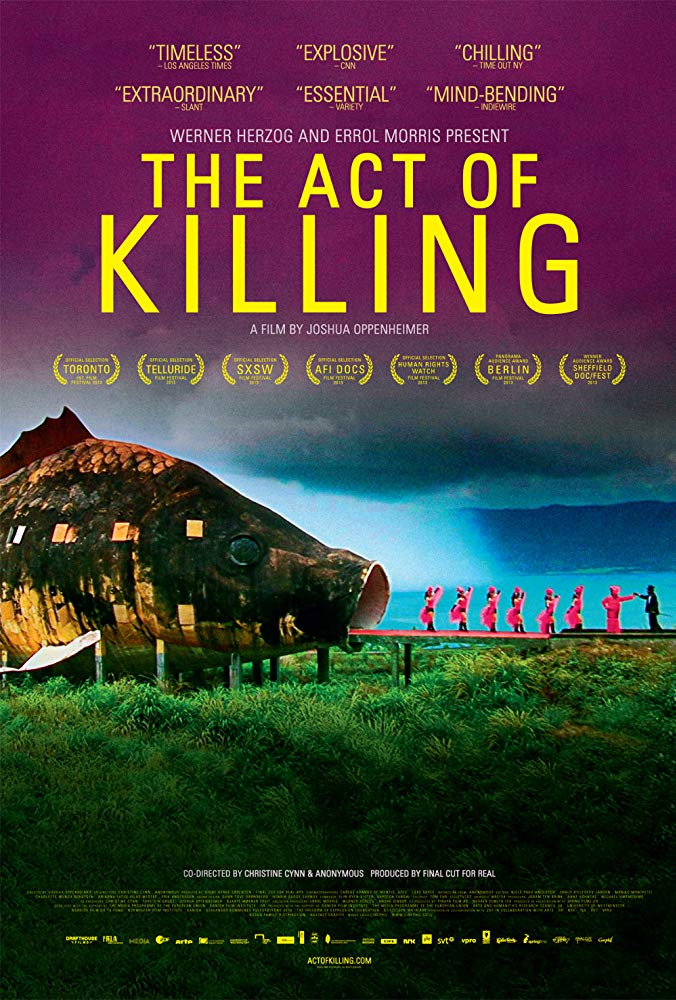 When the government of Indonesia was overthrown by the military in 1965, Anwar Congo and his friends were promoted from small-time gangsters who sold movie tickets on the black market to death squad leaders. They helped the army kill more than one million alleged communists, ethnic Chinese, artists,and intellectuals in less than a year. Anwar himself killed hundreds of people with his own hands. The killers have been in power ever since.

In The Act of Killing, Anwar and his friends agree to tell us the story of the killings. But their idea of being in a movie is not to provide testimony for a documentary: they want to make the kind of scenes they loved from their days scalping tickets: gangster films,westerns, musicals. They write the scripts. They play themselves. And they play their victims.

The hallucinatory result is a cinematic fever dream,a nightmarish journey deep into the imaginations of mass-murderers and the shockingly banal regime of corruption and impunity they inhabit.