Coach Zoran and his African Tigers

This film follows veteran Serbian coach Zoran Djordjevic as he seeks to forge the first national football team in the new country. 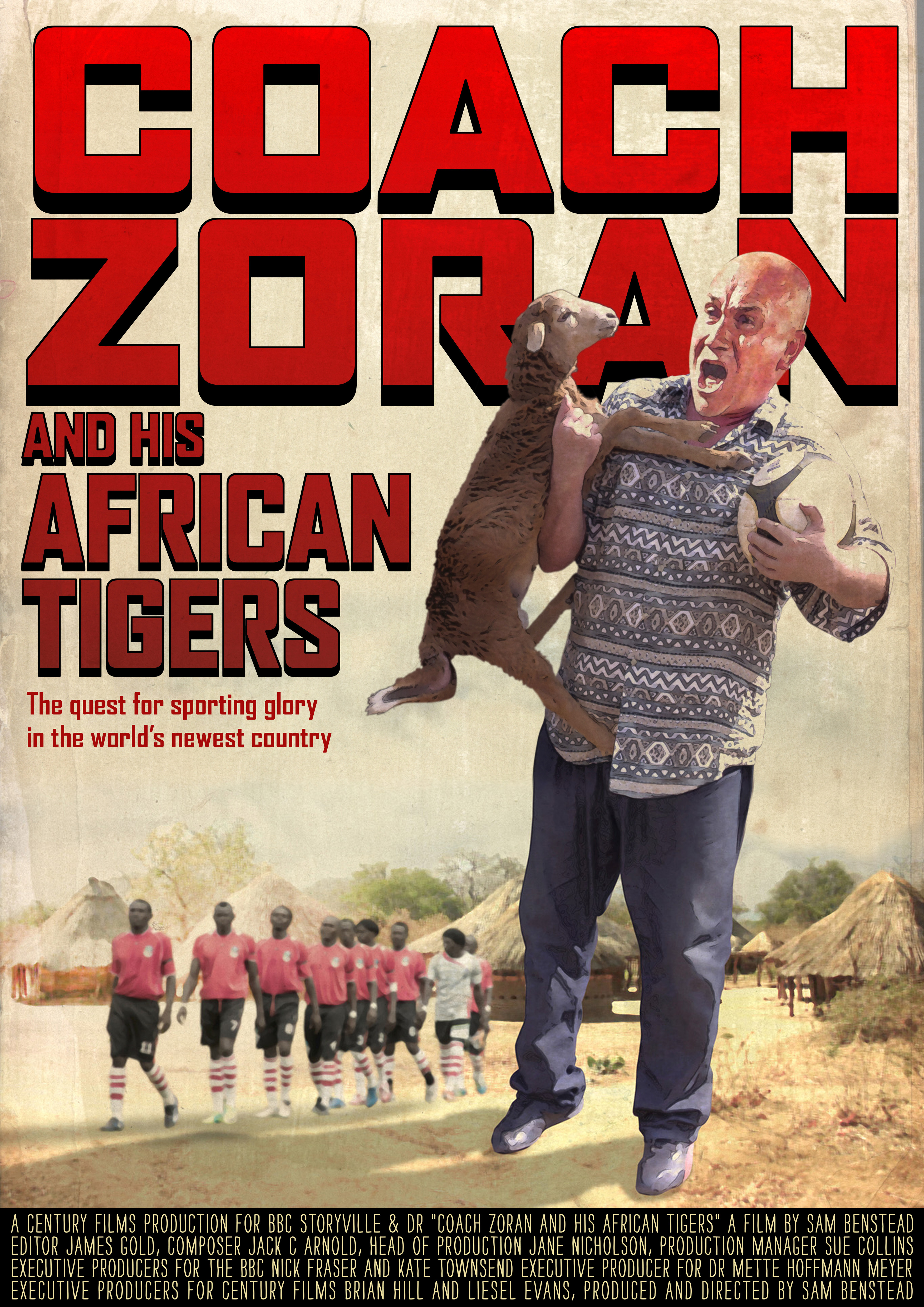 Zoran had coached the national teams of Bangladesh, Phillipines, Sudan and Yemen, but nothing could prepare him for attempting to build a team from scratch in a country rated the most undeveloped in the world by many development indices.   The film follows Zoran’s team over its first year, from scouting for players in the wilderness to signing up a sheep called Champion as the team mascot.  When South Sudan loses the oil money that makes up a staggering 98% of government revenue, financial meltdown beckons.  And as the money supply for the national team dries up, Zoran finds himself in a bitter conflict with the local officials over his aggressive and even dictatorial management style. Under intense pressure, the football team compete in their first ever major international tournament, overcoming malaria,death and poverty.  Amidst the chaos a fascinating portrait emerges of the birth of a nation.